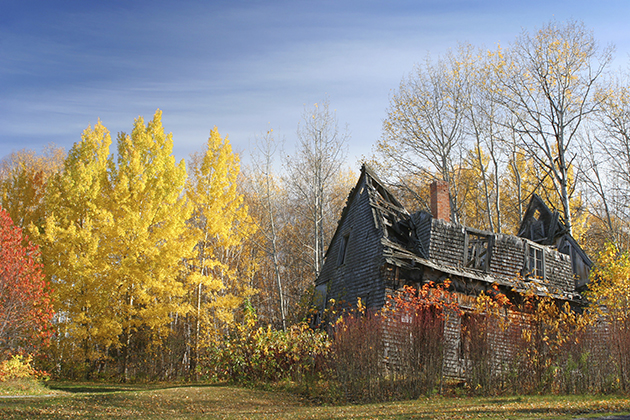 Sweden is located so far north in Europe that the Arctic Circle slices through its northernmost province, Lapland. But it is not an Arctic country. Thanks to the warm Gulf Stream in the Atlantic, Sweden has a rather mild climate considering its location. The difference between the southern and northern parts of Sweden is slight during the summer but greater during the other seasons. Northern Sweden is snow-covered at least between December and March, while elsewhere it varies from region to region. In the far south it often rains during the winter season.

In Uppsala seasons are very distinct from one another:

Autumn begins in late September and brings colder weather and shorter days but also beautiful colour changes of the leaves.

Winter with the first snow in early December brightens up the country although the days get even shorter (at the shortest 6 hours of daylight). The average temperature in February is -3°C (26°F), although it may vary a lot from one day to another.

Spring, with its longer days and spring flowers that everybody longs for, arrives in March-April. In Sweden, and especially in Uppsala, we celebrate the arrival of spring, the so-called Valborgsmässoafton (Walpurgis Night), on April 30.

Summer lasts in general from May to mid-September, with an average temperature in July of 18°C (64°F). During the long days of June the sun does not set until 10 p.m. and rises at 2.30 a.m., which means that it really does not get dark at all. In the far north, above the Arctic Circle, the sun never sets during this time.

You need a valid passport for entry into Sweden. In some cases a visa is also required. However, citizens of EU countries and Iceland and Norway only need an ID card provided that the citizenship is stated on the card. For further information visit the link below or inquire at the Swedish Embassy or Consulate in your home country.

The Swedish Migration Board

On entry into Sweden, there are generally no vaccination requirements. Temporary regulations may sometimes apply to travellers from specific countries. If you are uncertain, please inquire at the Swedish Embassy or Consulate if you need a vaccination or not.

Studying at Swedish universities is free of charge but you have to pay a limited fee to the Student Union and a Student Nation each semester. Living in Sweden is, however, quite expensive. One of the conditions for being granted a residence permit for studies by the Swedish Migration Board is that you must prove that you will have enough money to cover your whole stay in Sweden.

The minimum sum required by the Swedish Migration Board is at present (August 2008) SEK 7,300 per month (approx EUR 790) for at least 10 months of the year if you plan to study for a full year. However, we recommend you to have a somewhat larger amount of money available during your study period at Uppsala.

Students from EU and Scandinavian countries do not have to prove their financial situation, but have to sign a document stating that they can support themselves in Sweden. Exchange students from other countries may not always be required to prove their financial status but must be prepared to do so if requested by the Swedish Embassy, Consulate or the Swedish Immigration Board when applying for a residence permit.

Note: The University does not offer any financial aid of any kind to foreign students.

Below you find an example of a feasible budget for 10 months. This budget slightly exceeds the minimum required by the Swedish Immigration Board. All costs in the exampels are in Euros (EUR). However, the Swedish currency is kronor (SEK). Exchange rate is approximately (August 2008): 1 EUR = 9,38 SEK.

During the first months you have to cover some extra expenses: Student Union and the Student Nation fees, text books, etc. Even if clothes are expensive in Sweden it is recommended that you buy winter clothes here because it might be hard to know what to get beforehand. You will need winter clothes from October/November to March.

All students coming to Sweden must be covered by a valid medical insurance. Contact the student co-ordinator at your home university for more information.

Uppsala University cannot answer questions related to the details of the insurance other than the information sent to admitted exchange students together with their admission letter. Other international students (non-exchange students) must find out well in advance of arrival to what extent their domestic insurance policy is valid in Sweden. If there is an agreement between your country and Sweden regarding medical care, you are entitled to medical care on the same conditions as Swedish citizens. Sweden has such agreements with the Nordic countries and with the EU countries. But there is no such agreement between Sweden and, for instance, Switzerland, Australia, New Zealand, China, Japan, South Africa, the USA, Canada or the countries in Latin America.

If there is no medical care agreement, you must have a medical insurance policy from your home country covering the time of your stay in Sweden, arranged before your arrival. Citizens of EU countries can prove their eligibility for Swedish health care if they are entitled to the form E 128 issued in their home country.

Note: Even if you live in a student room, it is advisable to buy a property policy. The Housing company or the Student Nations owning the student housing do not cover theft of or damage to your personal belongings.

Swedish normal time is the same as in most West European countries. It is one hour ahead of Greenwich Mean Time (GMT) in the U.K. From late March to late October Sweden is on daylight saving time.